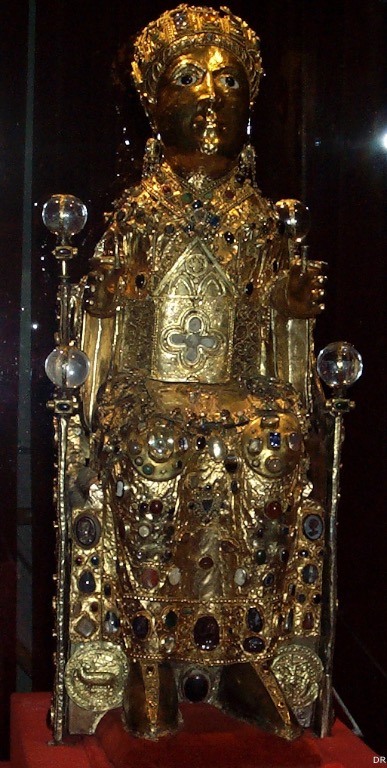 For twelve centuries,the village of Conques,in the heart of the Dourdou valley,has protected a fabulous treasure of gold smithery. Its principal masterpiece is the venerated reliquary statue of Saint Foy. Each year,Conques receives approximately 600,000 visitors.

The Conques site was classified as a historical monument in 1838 and remains registered with the Worldwide Patrimony at UNESCO.
The village, nestled in a wild gorge, with its narrow lanes and old, timber-frame houses, follows a hillside along the length of rue Charlemagne. This was the street travelled by the pilgrims on their way to the abbey at Conques. Built by monks from the 10th to the 12th centuries, the church and cloisters stand among the most beautiful triumphs of Roman art. 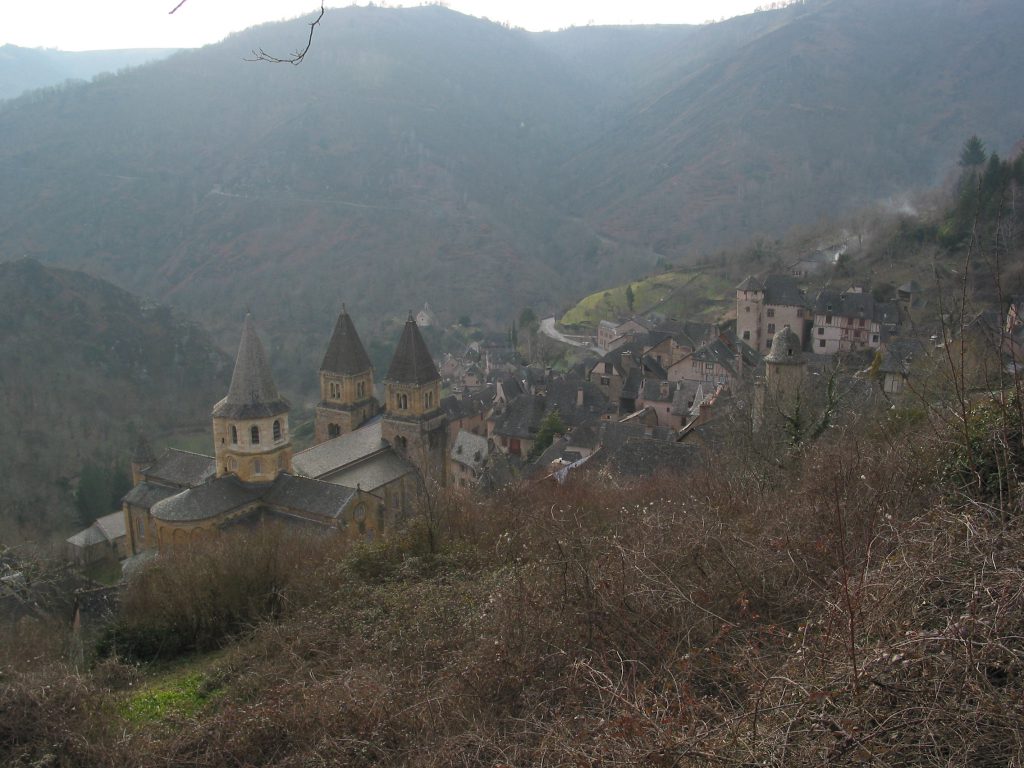 Every summer, in the months of July and August, Conques proposes to its visitors a series of concerts in the Romanesque abbey. The festival program consists of “The Light of the Romanesque”: selections of mediaeval music, but also a contemporary repertory. The concerts benefit from the church acoustics and are lit by the stained-glass windows of Pierre Soulages. 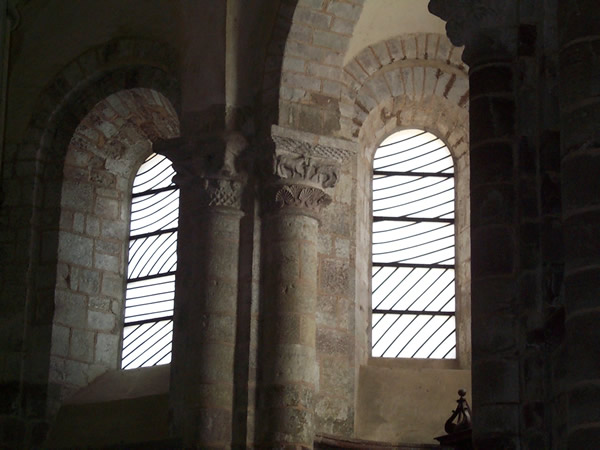 The History of Conques 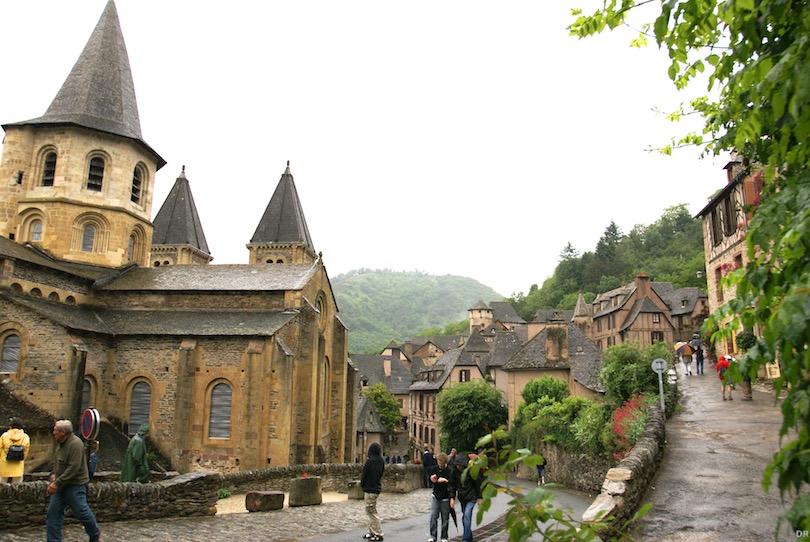 A hermit called Dadon settled in Conques, a place perfect for meditation, near the end of the 8th century.
Twelve centuries later, the French Catholic writer Daniel Rops, author of a “Life of Jesus”, described Conques as the “wonder of Rouergue”. “Few places are known which speak more to the heart and spirit,”he wrote. According to the legend, it was the hermit Dadon who gave Conques its name, from the Latin “concha” (“shell”), due to its rocky configuration. Joined by other monks, Dadon founded a community according to the code of Saint Benoît. The monastery was ruined in the 16th century by Protestants: it was partially burned, as were others in Aveyron. The renaissance of Conques is owed to Prosper Mérimée, Inspector of Historic Monuments at the end of the 19th century, who began its rehabilitation. 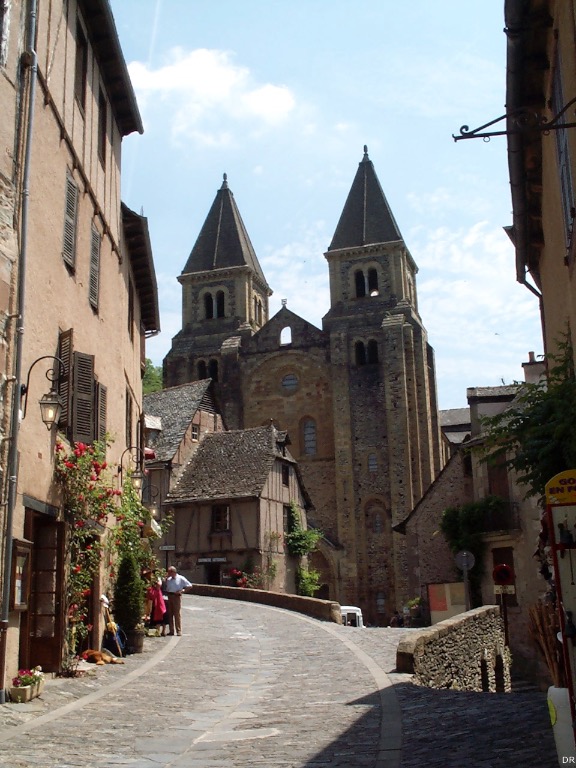 A major point on the way to Saint Jacques de Compostelle

Conques became a major point on the way to Saint Jacques de Compostelle, between Le Puy-en-Velay and Moissac.
This for two reasons: the relics of Saint Foy, a 12-year-old girl martyr burned and decapitated in 303, which were brought back from Agen in 866 by the monk Avariscius; and the Via Podiensis, one of the four roads leading to Saint Jacques-de-Compostelle.

A famous centre of Romanesque art, Conques possesses an exceptional heritage, beginning with the tympanum, a masterpiece of the 12th century. It develops the theme of the Last Judgement, with 124 characters gathered around Christ the King.
The tympanum of the Conques Abbaye is a Crowning Work of Romanesque Art

It depicts the combat of Good and Evil: on the left, Hell and on the right, Paradise. On one side, the pangs of Lucifer and his starving minions and opposite, the chosen ones who resisted sin.
A 12th-century Gothic bridge straddles the Alrance, a cradle of silver trout. Until the end of the 19th century, it constituted the
sole access to the city.

The church with its fortified steeple was constructed in the 15th century by Lord Jean II d’Arpajon and his wife Anne de Bourbon. The building served as a resting place for pilgrims on the way to Saint Jacques-de-Compostelle 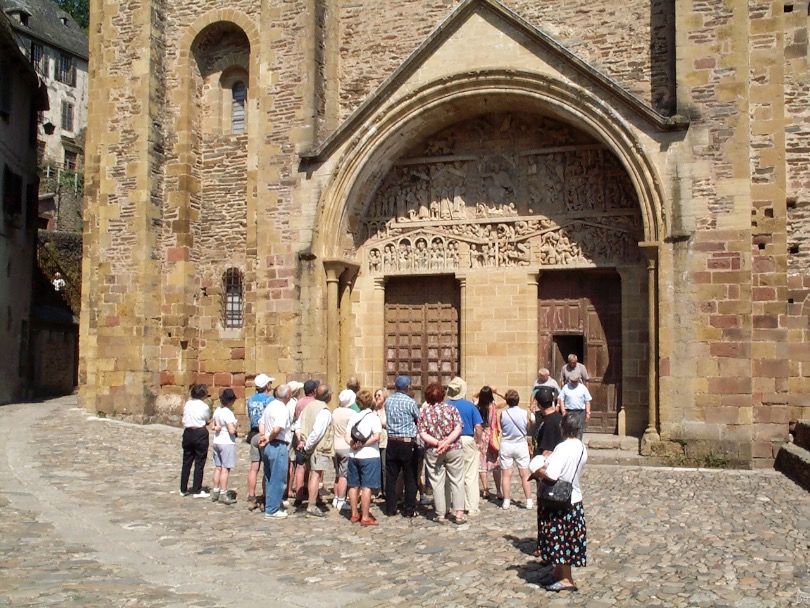 From the 11th to 13th centuries, the influx of pilgrims continued to grow under the influence of the”Livre des miracles de Saint Foy” (Book of Miracles of Saint Foy). Conques was to become famous throughout the western world.

Coming from Le Puy-en-Velay, there are still numerous pilgrims who walk this historic path and pause at the heart of Conques, where they are welcomed by members of the clergy. 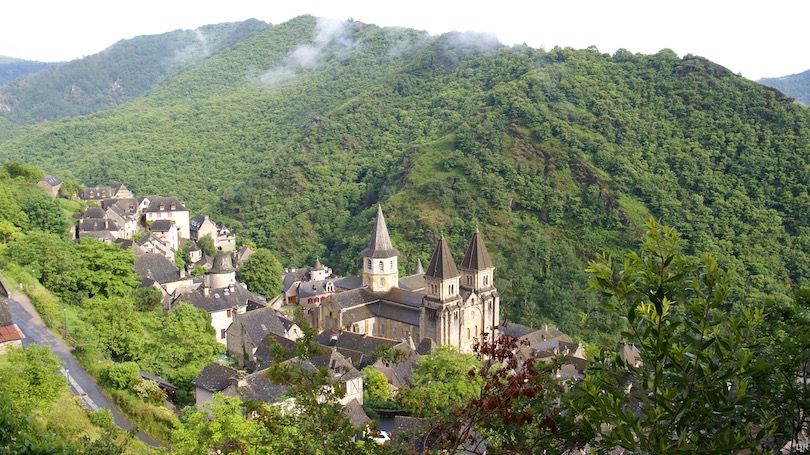 The church has a vast nave more than 20 meters high. Its wide transepts allowed the pilgrims to stroll around the church interior while also facilitating general circulation. In the past, the pilgrims who came to the abbey prostrated themselves before the reliquary statue of Saint Foy, which was then placed in the choir.
Today, the statue is preserved in a relics room, where several pieces of goldsmithery are also presented. This rich and historic legacy was enriched in 1994 by new stained-glass windows designed by the artist native from Rodez, Pierre Soulages. 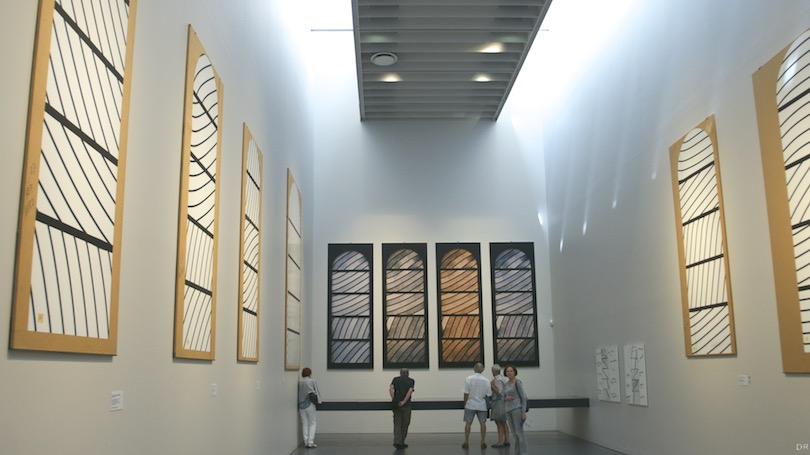 Where to sleep in Conques ? Le Moulin de Cambelong