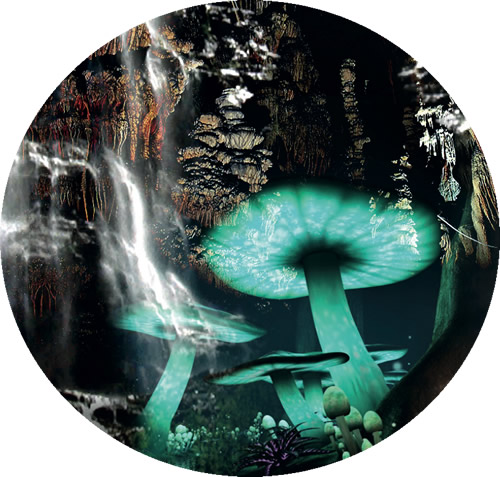 The “Aven Armand” is a swallow-hole located between Meyrueis and Sainte Enimie in the Lozère region, in the southern part of France’s central mountain mass. It opens on to the Causse Mejean, a high limestone plateau cut in two by the Tarn Gorge to the north and the Jonte Gorge to the south. Aven Armand is especially appreciated for its extraordinary stalagmites, thousands of different stalactites on the vault and walls are also an astounding sight. 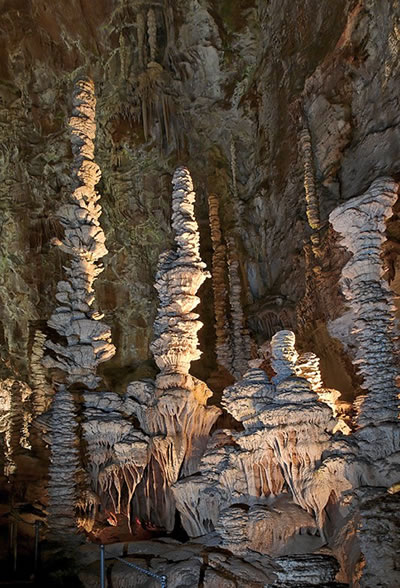 After using a funicular railway, visitors go down a few flights of stairs to a second platform directly below a shaft letting daylight in from above. New lighting effects make strange shape loom out of the darkness; pillars rise up from the floor and the path meanders through the “Virgin Forest”. Over 400 of the forest’s stalagmites are over a metre tall and many reach 15 to 20 metres. The cave boasts the tallest stalagmite in the world at a towering 30 metres.

History of the site.

Aven Armand is named after Louis Armand, a blacksmith from Rozier, who first discovered it on 19 September 1897.The following day, Armand returned to explore the fantastic cave with Edouard.Alfred Martel, one of the pionneers of modern speleology, and Armand Viré.

A 40-metre chimney opened out on the ceiling of huge cavern. 35 metres below, a second shaft opened in the floor, plunging a further 90 metres.

The great cave was 110 metres long by 60 metres wide, rising to an average height of 45 m.

For thirty years after this initial exploraty expedition, only a few courageous adepts were to see the breathtaking sight, after a perilous descent by rope ladder or in a bucket attached to a winch.
Aven Armand was not developed and opened to the public until 1927.

Steps led down a gently sloping 208-metre tunnel to a viewing platform in the upper part of the room. From there, visitors could walk down the steps and along a path to gaze at the enchanting cave, skilfully lit up by Jacopolzi. 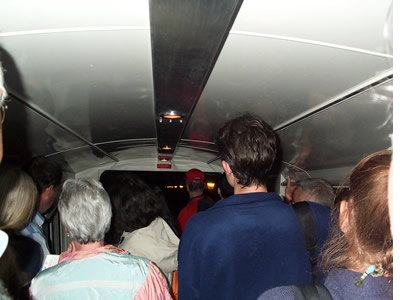 Now a funicular railway gives visitors an easy ride to the platform, but the thrill of coming upon the huge cave is just as great.

The funiculaire allows an easy access to the cave, equiped for handicaped people